Feel free to contribute by creating new articles or expanding existing ones.

If you have a request you can contact the developer on Discord at: Saturn#1004

About Andromeda: Rebirth of Humanity

In EO players take on the role of a stellar corporation in the year 3035.

To sum it up in as few words as possible: It’s like pocket EVE crossbred with a 4X game. (eXplore, eXpand, eXploit, and eXterminate)

There is a strong focus on both PvE and PvP, and the galaxies are shared by all players.

It is heavily economy oriented, with the goal being to grow your corporation as large as possible. Income is everything.

The game revolves around colonizing other planets and harvesting resources and credits from them, building fleets of ships, attacking other players with your fleets, and defending your own planets from other players.

Credits and Resources are gained through a passive income system that continues even when you’re offline for up to 2 hours.

Battles take place in a left vs right format, with auto fire weapons combined with on-demand abilities used by the player.

You may need to make Alliances or Trade with other players on your journey to the top. 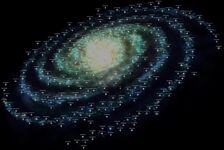 Help Adding to or Modifying the Wiki

General Help
Getting Started
Editing pages
New pages
Moving pages
Basic images
Links
Community
Register
How to help
To write a new article, just enter the article title in the box below or in the search box at the top of the page.
Main page sections: Top · Flex · Bottom. Changes for the main page can be proposed here.